After 8 months working on the game, we wanted to start introducing Hacktag to professionnals, press and  gamers in order to get some precious feedbacks.

So, in the end of August we put 2 computers, the pre-alpha demo and our already exhausted old bodies in a car and headed Cologne to attend Gamescom. And well, to sum up, Piece of Cake studios has probably lived there the most thrilling and intense week of its young existence.

During 3 days – mainly fed with the same tasteless panini over and over again- we showcased Hacktag in the Business area to A LOT of people with always the same pleasure and excitement. From meetings to meetings, we saw our booth getting more and more crowded every day by people who eard about the game, or just by curious who wanted to know what is this game with cool cats characters and why there is 2 differents visuals and gameplays for each screens. It was very exciting and lead to many precious and memorable moments (thank you Dress me Geekly, John Couscous and Un autre blog for the souvenir below by the way! 😀 )

Now that Gamescom is over -but not totally behind us yet- here is a little recap of some of the press feedbacks we had. SPOILER : Apparently Hacktag is a promising game! \o/

From 16th to 25th of September :
Hacktag is nominated at the Strasbourg Indie Game contest and will be playable at Le Shadok.

Not sure we’re about to rest from Gamescom anytime soon! 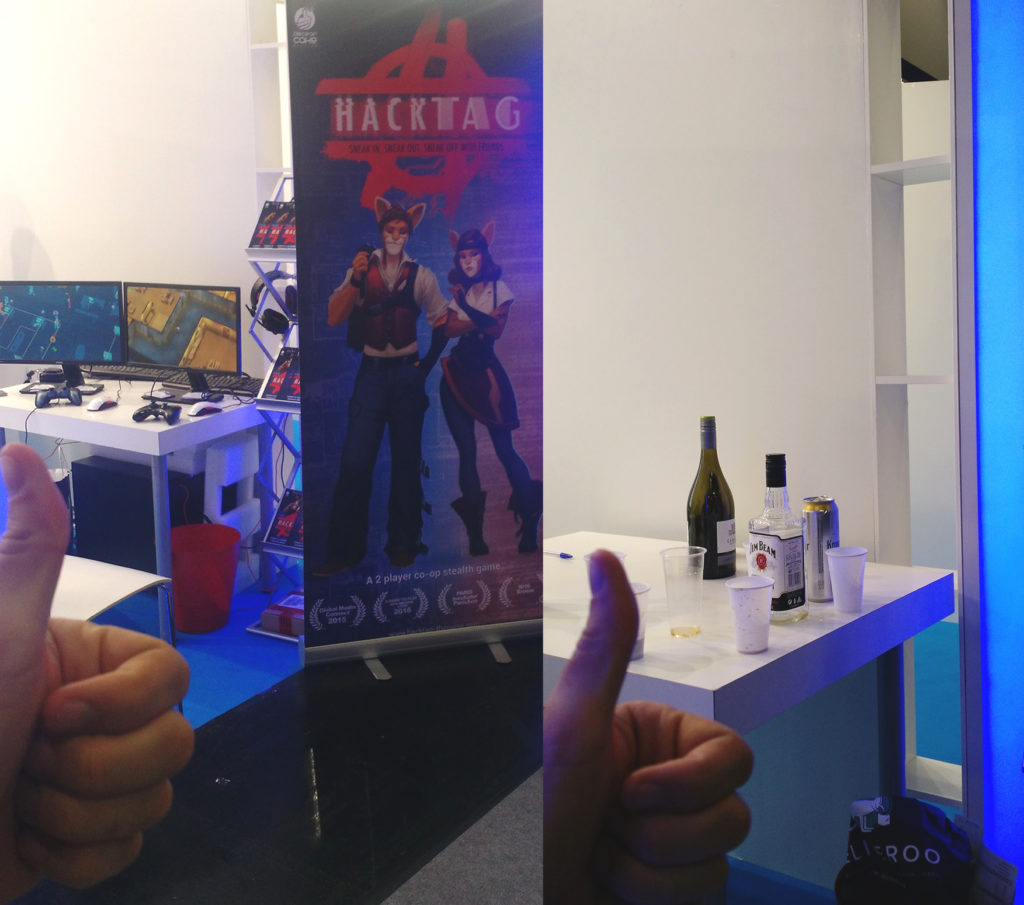