Marine Freland and Xavier Lemaitre both met in 2006 in Eden Games Studios where they worked together on majors AAA games. Besides realizing they'll make the cutest couple, they also thought they have what it takes to create and manage a video game studio in France. No pressure.

After a 10 years experience in studios such as Eden Games or Ankama Games (Alone in the Dark, Test Drive, Wakfus les Gardiens...) they finally create in 2015 "Piece of Cake Studios" with a 3rd associate, Bérenger, who worked with and for start-ups in the field of communication, he brings to the team the hindsight and creative support it needs.

Our first project Hacktag is a unique infiltration and anticipation two players cooperative games on both PC. The player and his partner perform missions as the on-field stealth agent or the hacker assisting him from his computers. The asymmetrical gameplay and the procedural generation levels are designed to make feel the players in a unique heist and spy film genre adventure. Thanks to a personalised screenplay structure each player will live and share a unique scenario with his own secondary characters and personal climaxes. 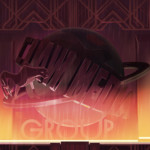 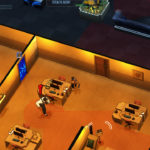 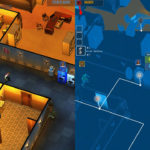 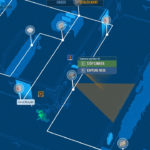 Selected Articles :
"I was extremly surprised […] I played Hacktag for 15 minutes and I had a lot of fun".  – Gamekult.com
"Hacktag has a consistency and a certain visual originality with a gameplay that works well. All this is very promising".  – Factornews.com
"Hacktag will quickly become fun when finished" – IndieMag.fr
"Hacktag is a very promising title that I look forward to try” – GameGuide.fr
"Enfin, l'ID Bronze revient à Hacktag de Piece of Cake studios” – Clubic.com
"Marine and Xavier impressed the jury with their coop infiltration game” – Tuba Lyon

There are far more images available for Piece of cake Studios, but these are the ones we felt would be most useful to you. If you have specific requests, please do contact us!

Don't forget to sign up here to receive press releases for all our games.