Paris, France – May 15, 2017 – Independent videogame developer Piece of Cake Studios is thrilled to announce today that its award-winning title, Hacktag, a 2-player infiltration stealth game with asymmetric co-operative gameplay, is launching its Open Beta giving fans a free preview of the Early Access version on Monday May 15th. Registration is already open and players are invited to sign-up here. Initially planned for May 18, Hacktag will debut its Steam early access campaign on June 1st to deliver more content and a flawless online experience.

Hacktag has already won multiple industry awards for its promising and original gameplay. It’s a 2-player cooperative experience, available in both split screen and online mode, in which one person taking on the role of a hacker while the other is the field agent. Stealth is key for both players as they work together to successfully complete industrial espionage missions. With each objective, Hacktag wants to ensure players feel like the heroes from all the best and greatest heist movies, it’s Mission impossible meets Keep talking and nobody explodes.

“Besides all the very positive feedback we are getting from the closed-beta session that is running since May 11, we have decided to delay the beginning of our Early Access campaign in order to ensure that the online experience is as good as the splitscreen mode without any connectivity issue. Everyone at Piece of Cake Studios is very excited to hear our players thoughts and the team is ready to tackle any bugs and issues that are reported. We are thankful to everyone willing to participate and help us test the game network features in various conditions, especially because the co-operative gameplay is at the heart of Hacktag”, said Marine Lemaitre CEO of Piece of Cake studios. 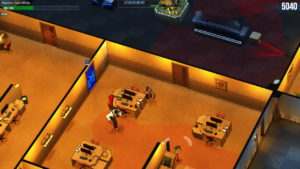 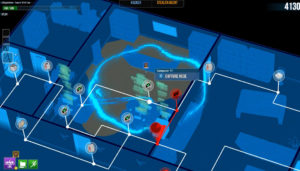